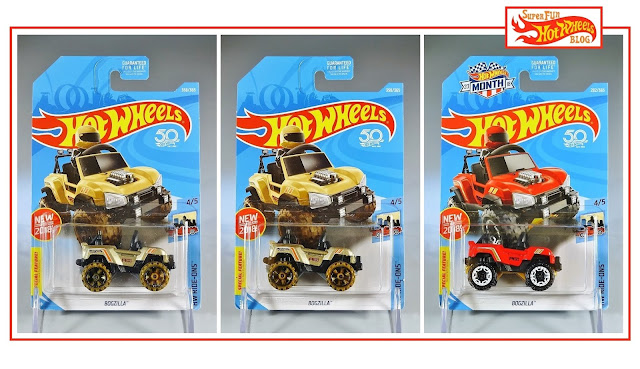 There were Hot Wheels designed to accommodate an minifigure prior to the HW Ride-Ons Series, such as the Let's Go, and MegaBloks had an entire Hot Wheels line a few years ago that I absolutely  loved. But aside from my recent post on the HW Holiday Hot Rods Pedal Driver, these Bogzilla castings new in 2018 are the only official Ride-Ons I've featured on the blog so far. I admired the forward pitch and chunky body on this casting. The design team at Hot Wheels was particularly thoughtful drawing action figure/Lego enthusiasts by make a toy promoting cross-play among different lines of toys. Really fun! 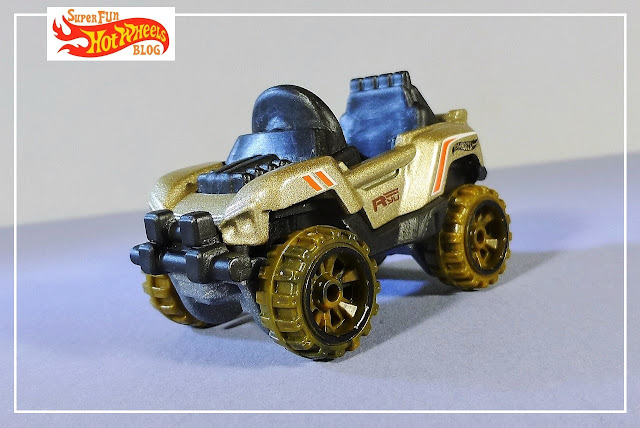 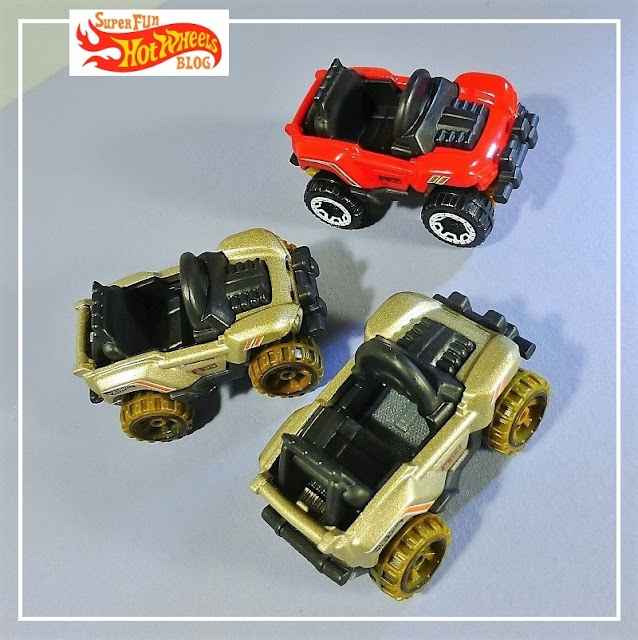 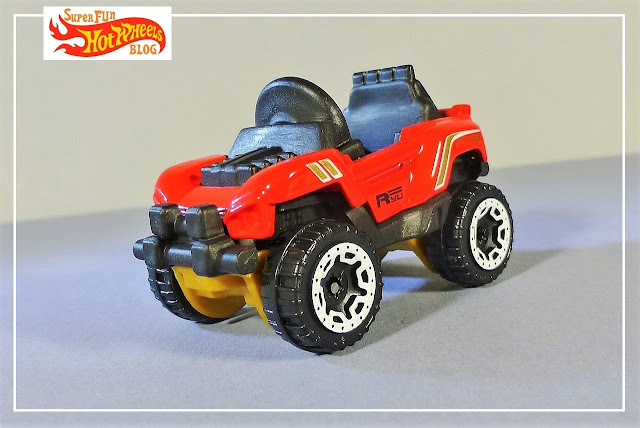 I picked up the two gold Bogzilla with muddy tires for my Mega Construx Call of Duty Specialist Battery
& Vladimir Makarov to tool around in, but a Lego minifig like my Iron Spider really fits better. 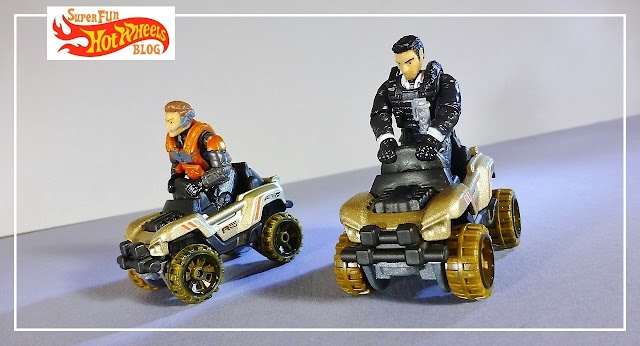 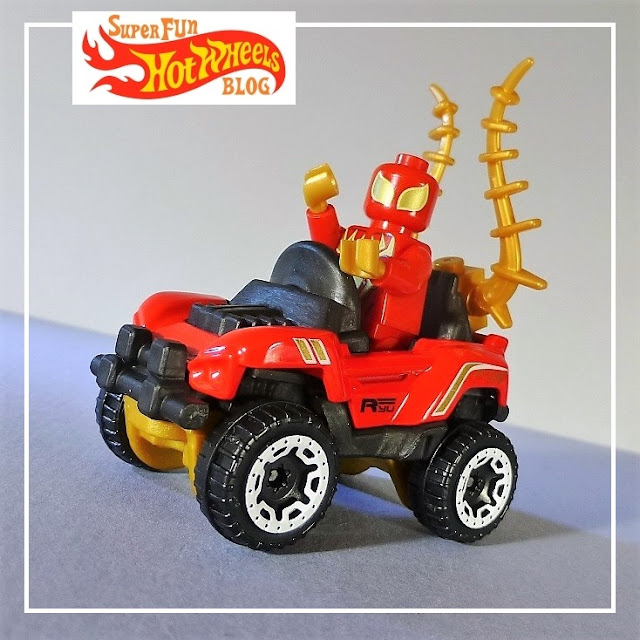 Make It FAST- Make It FUN!
Posted by Super-Duper ToyBox at 9:18 PM No comments: 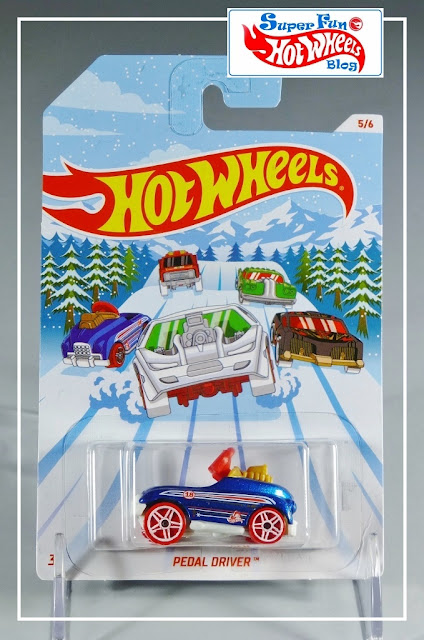 The 2018 HW Holiday Hot Rods Series included six cool castings, one of which I could not pass up,
the Pedal Driver, which is fun for my Hot Wheels Mega Bloks figure to ride in! Check out the video: 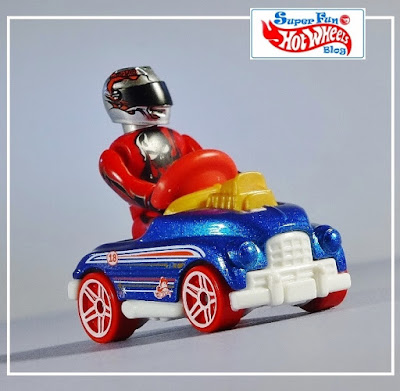 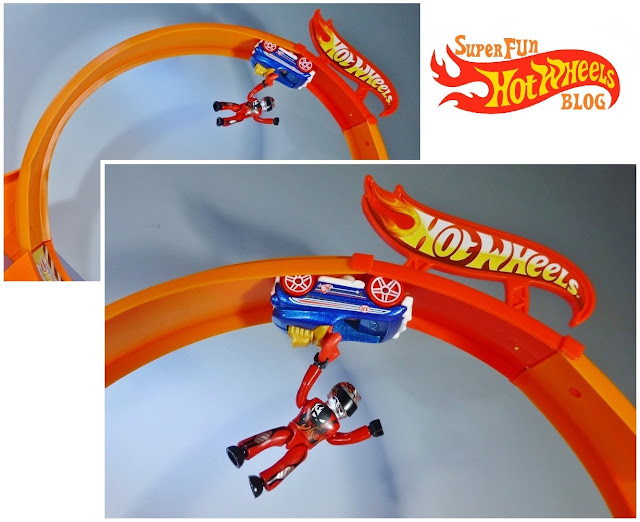 More Later-Make It FUN!
Posted by Super-Duper ToyBox at 6:50 AM 1 comment: 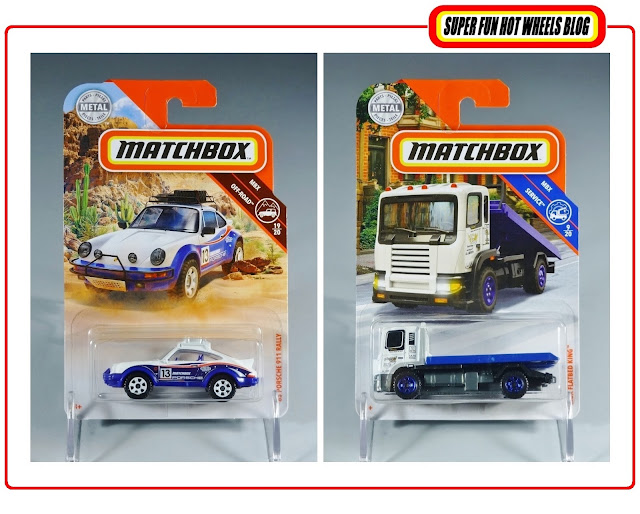 The Matchbox '85 Porsche 911 Rally & Flatbed King!
Check out the video: 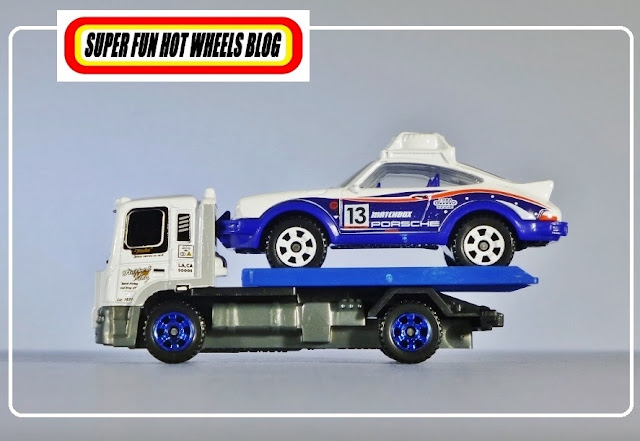 Make It FAST- Make It FUN!
Posted by Super-Duper ToyBox at 9:02 AM No comments: 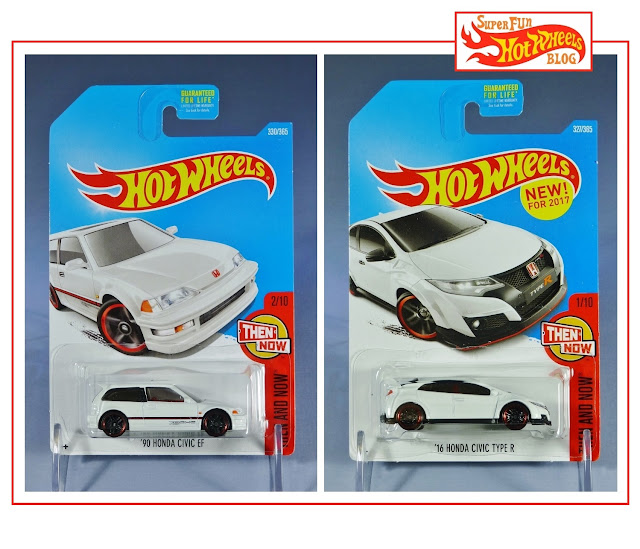 I finally cobbled these two complementary Civics together, recently picking up the '16 Honda Civic Type R at a local Target. Oddly, I saw another pair at Target soon thereafter, a full two years after their 2016 release. I left those behind for some other lucky kid to find! Somewhere I have the 2014 red and teal debut of the '90 Civic EF, as well as a couple other samples from 2015- what a great casting! 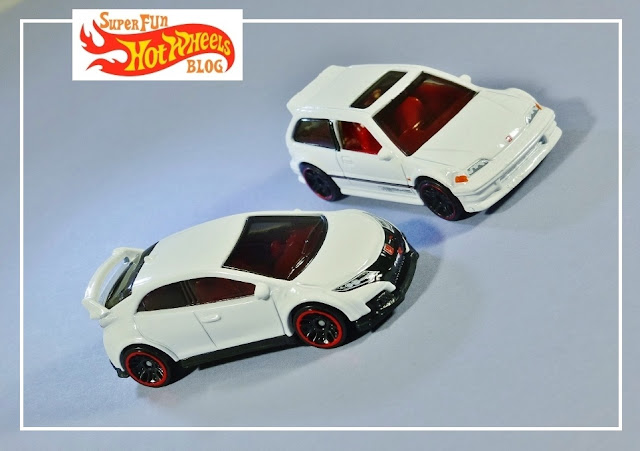 Make It FAST- Make It FUN!
Posted by Super-Duper ToyBox at 7:52 PM 1 comment: 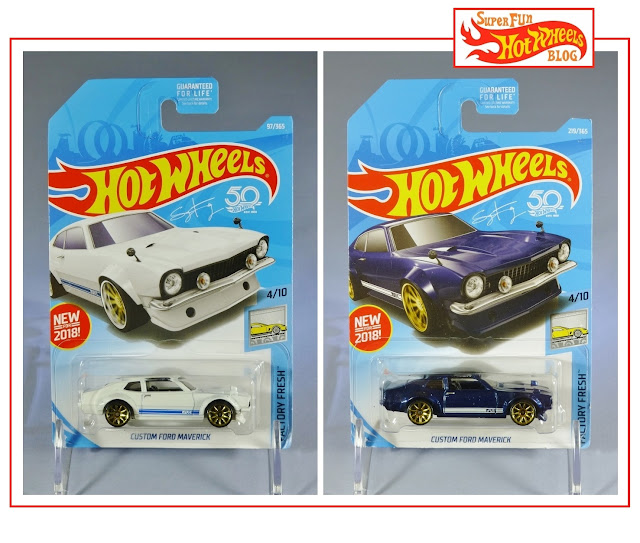 It's easy to pass over this Custom Ford Maverick, but off the card it's a beauty! From Hot Wheels Wikia: This custom 1972 Ford Maverick is based on a real car created in 2016 by Sung Kang, who previously built the Datsun Fugu-Z (another Hot Wheels model). Originally titled "Project Underdog" or "UDog", the restomod Maverick was designed and built at SEMA Garage with Penzoil sponsorship and the help of three Los Angeles area high school students (symbolized by the "U3" logo seen on the sides and rear). Contrary to the Hot Wheels card text, the UDog has a 2.3L four-cylinder Ford EcoBoost engine (from the 2015 Mustang) boosted with a GReddy turbocharger supplying nearly 400 horsepower to the 6-speed manual transmission (also borrowed from the Mustang). The car features a Rocket Bunny custom body kit, a Grabber-style carbon-fiber hood, and subtle cues from the Brazilian Mavericks built in the late '70s.


Check out the video:

Below, the Custom Ford Maverick with my green '71 Maverick Grabber, found in a 3-pack... 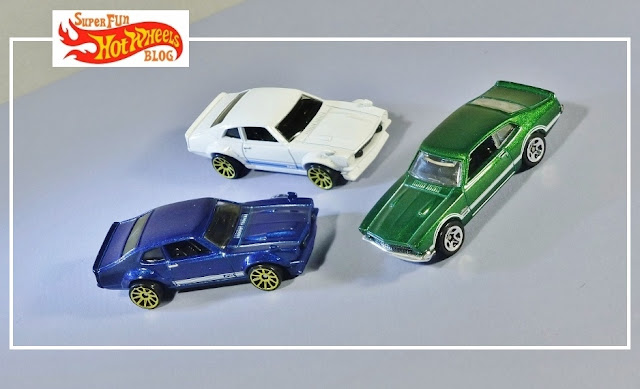 Make It FAST- Make It FUN!
Posted by Super-Duper ToyBox at 7:31 AM No comments: 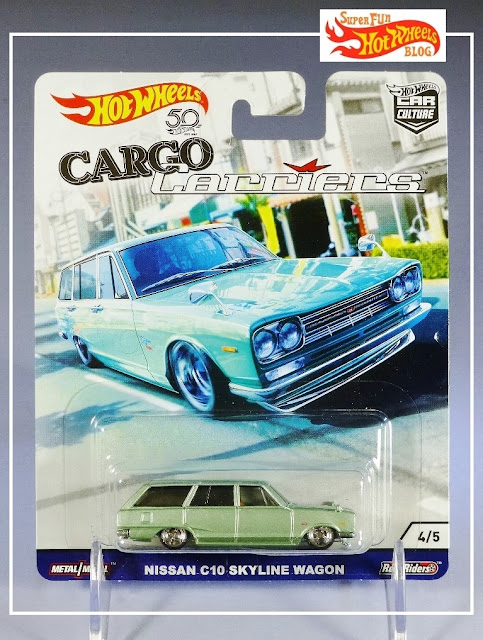 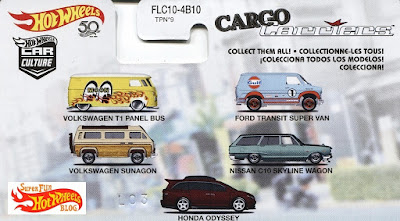 What the Hot Wheels team has done with their Car Culture Series has been incredible! I'd love to have some of the others in this Cargo Carriers line, particularly the Mooneyes Volkswagen Bus and the Honda Odyssey, but have not seen any on the pegs- I had to buy the Skyline Wagon from an eBay seller. Below, the Skyline Wagon with my Japan Historics Series 2 Nissan Laurel 2000GSX and Nissan Skyline C210... 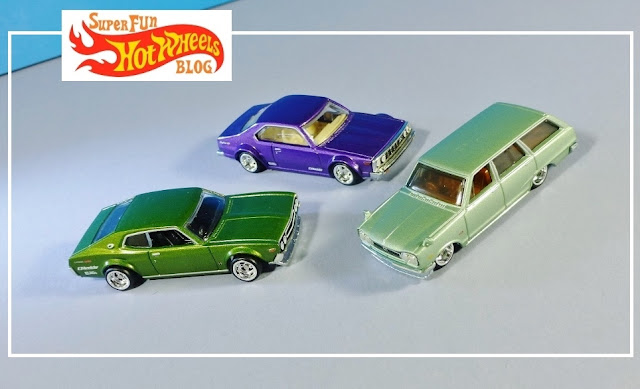 Make It FAST- Make It FUN!
Posted by Super-Duper ToyBox at 9:27 AM No comments: 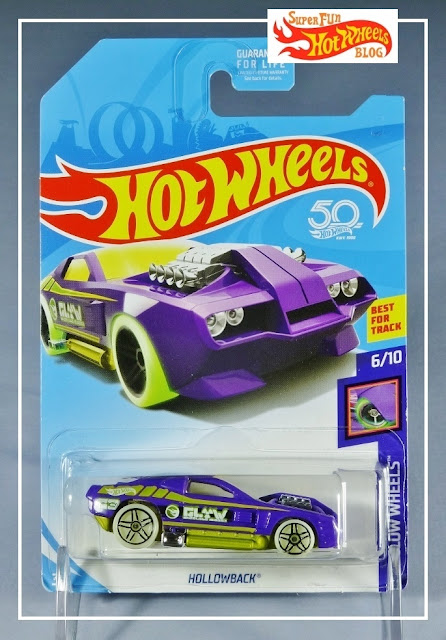 I'm not big on the plastic body/metal base, I'm fond of the Hollowback in the way I am the Country Club Muscle; I'd rather the body be diecast, but I like the design and if the color/deco is fun, I'm in. Part of the Glow Wheels Series, this purple Hollowback is the 2018 L-Case Treasure Hunt. Check out the video: 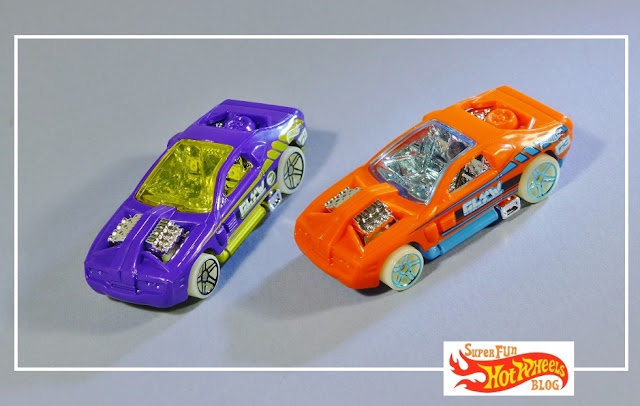 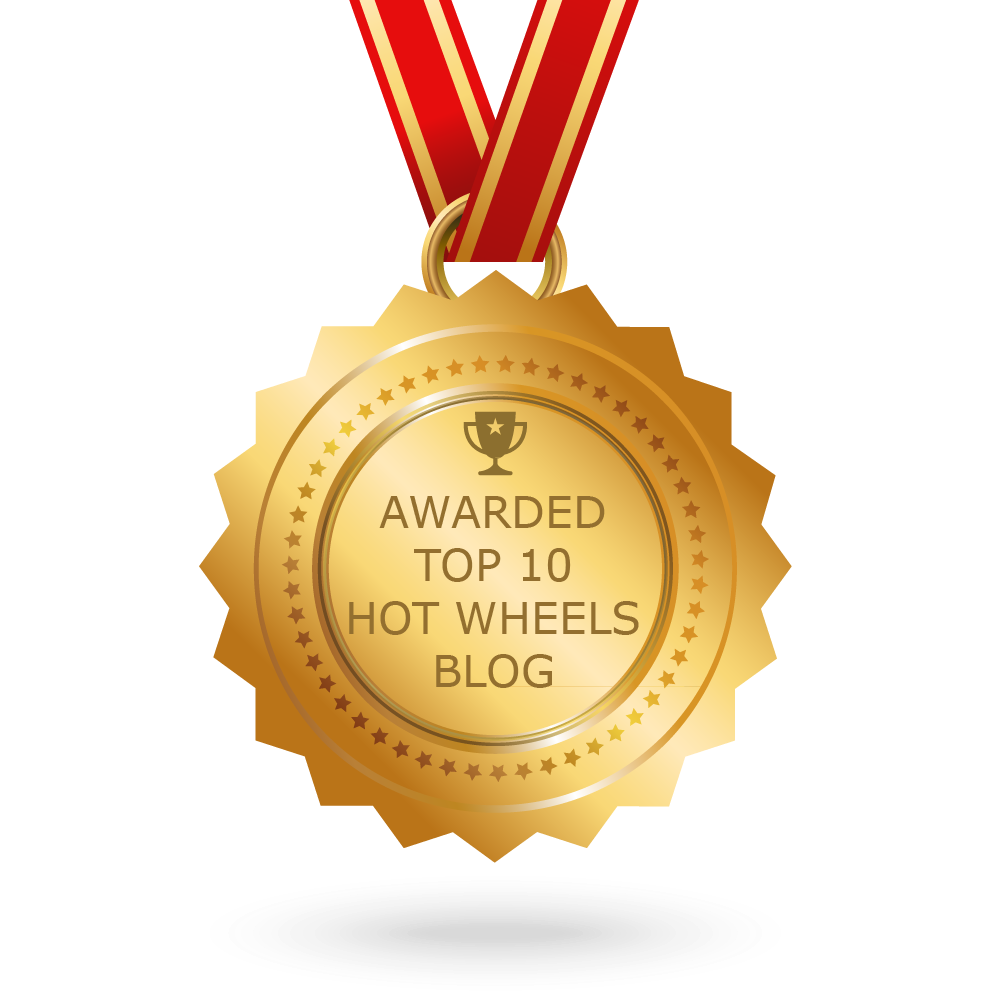